Hope you’ll enjoy my Christmas short and have a Merry Christmas!

A soldier returning home after his last deployment at Christmas time receives an unexpected homecoming. 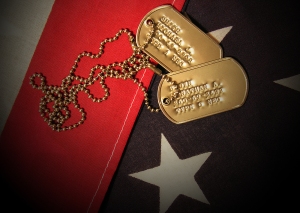 The living room echoed as Jake trekked along the hardwood, empty except for his recliner and the TV. Her chocolate lab, Hersey, had always been more excited to see him home from deployment anyway. He’d miss her most since his own dog had passed a few years ago. Being gone more than home, he hadn’t want to get another until he was home for permanently. He could start looking now.

He placed the fifth of Jack Daniels and his gear bag on the floor next to the recliner. Tomorrow, he’d grab his few belongings, turn in the keys of the apartment and head for the Outer Banks to help his brother as a guide on winter duck hunting trips.

Jake unlaced his boots and dropped onto the recliner. With remote in hand he pressed the button and the flat screen lit up to a scene of Ralphie from A Christmas Story. It was all the welcome home, he’d get.  He grabbed the bottle on the floor beside him.

The next morning he loaded his chair, TV and clothes into his pick-up and drove south. A little over an hour later he turned onto the beach road and passed the Black Pelican Restaurant. He’d broke things off with his high school sweetheart, Sammy, there before he left for boot camp. What had made him think long, painted nails and high heels meant a better woman? The empty apartment spoke volumes for the old adage looks aren’t everything.

Arriving at the Comfort Inn for the Ducks Unlimited Christmas auction, he was glad for a decent excuse to avoid one more night before bunking in with his brother, Dean, and wife, Katie, who seemed determined on matchmaking even before he’d made it back to the States.

The last woman had sufficiently drained his bank account, as if it was his fault the military extended his deployment. A dog was the only companionship he sought for the moment. If he hadn’t shown an aptitude in aviation repair, he’d have gone for the K9 division while serving.

The cold, salty breeze revived him as his eyes watered. Home in one piece. After checking in at the desk, he made his way into a darkened bar. Only a couple of patrons nursed drinks in a booth. Icicle lights illuminated the expansive liquor display.  A bartender in a crisp white shirt and black vest nodded and spun a red napkin on the bar in front of Jake.

“Double bourbon on the rocks.” He slid his Real Tree jacket onto the back of the chair, pleased the guy read his taciturn mood. While waiting, he checked the time and Ducks Unlimited social media page for a list of items being auctioned. Living a Spartan life style during deployment and coming home to an empty apartment had him seeking old comforts like a dog and gun. No dogs for sale, only a gun.

You going to the auction?” a woman asked, sliding onto the chair next to him.

Guess the hunting jacket was a dead giveaway. He slammed back the bourbon that had landed in front of him and turned toward her.

A brandy colored gaze burned into Jake as hot as the whiskey searing his belly. The combo nearly stopped his heart. “Sammy.” 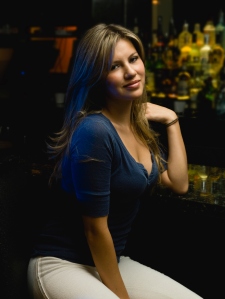 “And moved back home a year ago.” She ordered a beer and another round for him. Brushing her dark hair behind her ear revealed purple highlights, hinting that her nonconformist nature remained.

Dean had probably told him of Sammy’s return, but then his brother was the one who also said he could do better than the woman sitting beside him who could out shoot most guys. If he’d meant better as in high minded and high maintenance then he’d been right. “Sorry, times slips away when you’re gone so much. Gosh, how old is your son now?”

She sighed and glanced down the bar. “Daniel. He’s nine and lives with his dad since we split.” She sipped from her iced mug. “He likes going to school with the cousins he grew up with. He spends summers with me because he likes the beach.”

“That must be tough,” It’d been hard enough for Jake to leave his dog when he first joined the military. He couldn’t imagine leaving his child.

She waved him off. “So, you’re going to help your brother on hunting tours this winter, I hear.”

The Outer Banks wasn’t really small town except for the spread of gossip that bounced among the born and raised locals. “It wasn’t you, you know…it was just―”

“You needed to see the world beyond this sandbar, Jake,” she said without a resenting tone.

At first, but by the end, it was only about serving his country. “And what I valued most, I left behind.”

Sammy arched a brow and slid a warming glance down his body. “What are you looking to bid on at the auction?”

He’d bid his last penny for another chance with her. “I need a second gun,” he said and shot- gunned the rest of his whiskey.

She laid a hand on his arm. Her warmth seeped through his flannel. “Tell you what, I’ll loan you one of mine, if you adopt one of the lab rescues at the shelter where I volunteer.”

Reading his heart had always been one of her talents. “I’d love to, but Dean’s wife won’t be happy if bring in another dog for the winter, especially since they already have two.”