This week on Romance Writers Weekly blog hop, Leslie Hachtel wants to know if we have a pen name and how we picked it. Hope you have visited Leslie as she is ahead of me on the hop.

For me, as a  not the life of the party  writer, I always knew I’d have a pen name.  I went through a couple, evening set up a website for one, before I was published.  At first, I used part of my real last name and part of my son’s first name. In the end, I wanted something short and more catchy but still not showing up on Google.

I’ve always liked strong female names that can be used by either gender. My real name is feminine, and not so much me, so I chose Dani, in honor of my maternal grandfather who passed on my first birthday.

As a lover of “J” names, I  had a cat named Jasper and a dog named Jake. If I’d had another son, I would have probably named him Jace so I chose it as the last name for my pseudonym.

Thus the birth of Dani Jace. She loves writing romances about flip-flop casual heroines that have a tough streak but manage to melt the hearts of the hard working heroes they fall in love with.

Now on to A.S. Fenichel to see how she arrived at her pen name. 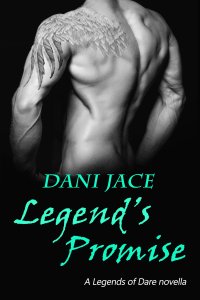 available at all major e-book sellers.