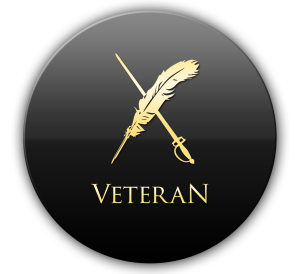 Game on! is my new short story I’m serving up on Weekend Writers Warriors #8Sunday.

A semi-pro football player meets a teacher who intrigues him with an offer of a different type of game.

Rivulets of sweat coursed down Heath Lancaster’s face as he drove the sled another five yards. Heat, ninety percent humidity, sweat, pain… None of it mattered, the game fueled his blood. Six weeks in Virginia Beach and he’d made the cuts to play on the area’s new professional football team.

Over the grunts and groans of the offensive line, a loud whistle pierced the air. “Break,” shouted their coach.

He yanked off the suffocating helmet and grabbed one of the water lines. The cooling H2O squirted over his head and face before he gunned a stream down his parched throat.

“Are we hitting the beach later?” his teammate, Dugan asked, reaching for another hose.

He nodded, imagining cool waves and a sea of curves in bikinis.

If you enjoyed the previous snippets from White Doe it is available for 99c at Amazon. Will Cheyenne return and if so, will Shane learn the real reason she left?