Nothing more than a yellow house on the edge of town, but her emotions 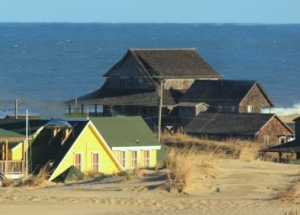 jumbled whenever she drove by.

The small cottage sat across the road from the beach house where Jo Mercer grew up. Always in a bit of disrepair, the buttery stucco one story had been a cheap rental for vacationers in season.

Jo never forgot the day her Dad marched over with her brother and she in tow to help a young woman and her son unload a multitude of belongings from a banana colored station wagon. As a county firefighter, their Dad had always helped everyone without devised intention, but she’d clung to hope he’d eventually be interested in finding her and Bobby a new mother.

The woman had smiled and waved at their approach, her saffron colored scarf fluttering in the spring breeze. The sandy haired boy had just taken a box inside and returned from house as their parents made introductions. His ice blue eyes had narrowed a bit and concerned etched his brows. Instantly, she knew and connected with the pain of being abandoned by parent.

Like Dad, Bobby had never met a stranger and stepped up to the boy. “Hi, I’m Bobby and this is my sister Jo.”

“Ray,” he’d replied, extending a hand to her and then her brother. Such an unlikely gesture for a boy who turned out to be only three years older than she.

“Do you like to surf?” She’d asked hoping have Bobby and she might cultivate a friend longer than the weekly vacationers.

Struck by his gentle smile and mesmerizing gaze, her eight year old heart fluttered. For a self-professed tomboy the moment took her by surprise.

“We’ll help you get these boxes inside and then hit high tide.” Bobby had leaned into back of the open station wagon and grabbed a box. She had followed suit and soon they were on boards riding waves for the next ten years.

She’d kept her feeling for him buried deep, becoming his surf buddy but nothing more. He’d move out of the little buttercream cottage after he’d graduated high school and then left for Iraq after she jetted to California on a surfing scholarship.

No other boy or man had ever compared to Ray. They’d stayed in touch, but it’d been five years since she’d laid eyes on him. Returning to her home town with dreams of what might have been or what might could be, she slowed her truck and felt the tug of her heart at the sight of the little yellow cottage.

I created this little short as a backstory to intro my novel, Hot as Blazes which takes place in the seaside town of Nags Head. where there quite a few yellow houses.

Please check out Leslie Hachtel following me on the hop this week. Hope you’ll check out her story for the yellow house.   I love it when we do flash fiction! 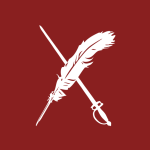 Hot as Blazes: Burned and Twice Shy. On this week’s Weekend Writing Warriors, I’m finishing the first chapter of my new release.

After some trouble in California, Jo Mercer’s pro surfing career has tanked. She’s returned home with a secret and just finished a call to the probation office in California. The warm Atlantic calls her to feel its warm embrace.

After grabbing her surfboard, she charged up tall dunes through wild
sea oats and time slowed. She dashed through the breakwater, paddled out and straddled her board.

After doing her best to honor her father’s memory by earning a degree and ranking in the surfing world—she trusted an asshole.
Would her dad still be proud of her, was Ray?

By trying to please everyone, she’d lost sight of what she wanted. The sight of Ray left her with a hollow ache for a man she’d never know beyond friendship. He’d never seen her as anything but a friend and Bobby’s sister.

She didn’t expect that to change. Plus, after being burned
in California, she didn’t trust anyone with her heart.

Hope you enjoyed the last snippet from Hot as Blazes and will visit other amazing Weekend Writing Warriors posts for #8Sunday.

Hot as Blazes is available at all major