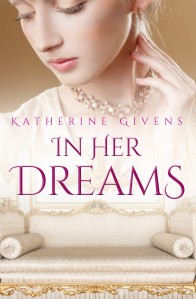 A flirty, fun, mix-and-match romance about two sisters who are betrothed to the wrong men…

Evangeline Vernon is a woman on the verge of spinsterhood — until the prim and proper Duke of Manchester steps in. Her family is pleased with the match, but the duke is not the passionate man Evangeline craves. Her heart belongs to an alluring, golden-haired gentleman, perfect in every way…except one: he doesn’t exist.

Angela Vernon is everything a proper, well-brought-up woman should be. She knows her place and understands society’s expectations — which include not being jealous of her sister and not coveting her sister’s suitor. But how can she bear the heartache of watching the only man she loves marry not only her sister, but a woman who doesn’t see past his exterior to the man he is beneath?

“This novella manages to pack all the punch of a longer story, while not leaving great gaps in understanding or detail for the reader… Kudos for a wonderful debut offering.”  — I Am, Indeed

“I highly recommend fans of Historical Romance give this novella a try. And even those just looking for a fun, quick read, this novella is well worth adding to your TBR pile.” — What the Cat Read

She was lost in the depths of his emerald eyes, amber drops floating in the seductive pools. The man reclined in a wingback chair, surrounded by shelved books. His head was tilted slightly downwards, his gaze piercing her where she stood. Hair the colour of antique gold shimmered in the dim candlelight. His skin was bronzed like the helmet of an Ancient Greek warrior.  His harsh features seemed to be chiselled from stone, but laugh lines encircled a passionate mouth. A navy blue coat and white waistcoat hid what could only be a perfectly sculpted chest. A white cravat covered his neck. Pearl grey breeches accentuated muscular legs.

The man reminded her of a golden lion, the king of a pride. His soul must’ve been older than time itself, for he seemed to hold the secrets of the universe in his mind. This man was temptation embodied.

‘Back again, my dear?’ he inquired, his voice like velvet.

Although confidence rang in his tone, his emerald eyes revealed the humanity of this divine creature. At the bottom of those depths lay an expanse of loneliness. Blessed with beauty, he was lacking in companionship and love. It was as if he were a traveller lost in a desert with only mirages to keep him company.

‘I could not stay away,’ she declared, her voice quaking as the man rose from his chair and stalked across the room.

Evangeline took a sharp intake of breath, for the full sight of his robust body was more than a woman could take. He was tall, over six feet. His build was as formidable as the strongest castle wall, built to protect from the worst of sieges. That handsome face of his, a face Adonis would’ve fought for, matched the masculine beauty of his body.

Settling beside her, he said, ‘Nor could I. Not now. Not ever.’

‘Is it because I am a diversion?’

‘Nay.’ He raised her hand to his lips. ‘Life would be meaningless without your visits.’

‘I could not endure my own existence without you,’ she replied, a bit breathless.

‘As a man without friends or comrades, I would be the most lonesome wretch wandering the earth.’ Pain entered his expression, the pain of one who had suffered years of isolation. His voice cracking, he continued, ‘I would be completely alone.’

Her heart nearly split in two upon witnessing his agony. She lifted a hand and caressed his cheek. ‘You never shall be.’

‘You have been vital to my life, my dreams, for these past few months.’ Turning his head, he kissed the palm of her hand. He exhaled, his breath tickling her skin. ‘Without you I I fear I would not know how to live.’

‘Do not say such things.’ Framing his face, she forced him to gaze into her eyes. ‘I shall always be with you.’

‘And I with you.’ Desperation was threaded throughout the statement. ‘I am entirely yours,’ he murmured as he angled his head, preparing to taste the sweetness of her lips…

Katherine Givens is a museum employee with a secret. Few know the truth of her greatest passion, but those closest to her know she loves to write historical romances… Alright, maybe more than a few people know she is a writer. Anyone who will listen to her can glean this from a conversation.

So, Katherine Givens is a museum employee who wishes she had a devilish secret or a jaw-dropping double life, but the characters in her manuscripts often do. From the withdrawn duke mesmerized by his quiet maid or the savage viking eager to ravish a Christian girl, her heroes are always bound to have a secret or two. It is often up to the headstrong heroine to unravel the mysteries surrounding the man that has captured her heart. 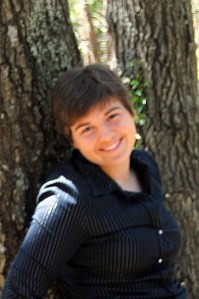 Katherine is a member of the Romance Writers of America and Romance Writers of America PRO. She has two novellas with upcoming releases.  In Her Dreams (Harlequin Australia’s Escape Publishing) was released October 1, 2013. Love Amidst the Egyptian Sands (Red Sage Publishing) will be released in January 2014. Her short stories and poetry have been published in various magazines, including The Copperfield Review, Tipton Poetry Journal, Nazar Look, and WestWard Quarterly.

3 thoughts on “IN HER DREAMS: Spotlight on Katherine Given’s historical”